Climate change affects billions of people globally. Its impact cuts across every region of the globe, ecosystem, and economies. These impacts will not only fall on future populations; climate change is already having its toll on human health and the environment. According to the Organisation for Economic Co-operation and Development, “Outdoor air pollution kills more than 3 million people worldwide every year and causes health problems from asthma to heart disease for many more. Above all, this is costing societies very large amounts in terms of the value of lives lost and ill health”-OECD-the cost of air pollution

However, there is good news! In this article, we’ll be analyzing how Artificial Intelligence can be leveraged to lessen the impact of Climate Change.

What is Climate Change?

Climate Change can be seen as alterations to prior existing weather patterns caused by human activities (industrial activities and others). According to NASA.gov, Climate change describes a change in the average conditions, such as temperature/rainfall, in a region over a long period. For example, 20,000 years ago, much of the United States was covered in glaciers. In the United States today, we have a warmer climate and fewer glaciers.

Impacts or Effects of Climate Change

Some impacts of climate change can be felt in:

How Did We Get Here?

An enormous amount of carbon dioxide and other greenhouse gases have been continuously released into our atmosphere over time. So much that our planet’s atmosphere is now like a thick, heat-trapping blanket. This hinders the atmospheric balance that keeps the climate stable. We have seen some extreme effects around the globe, as already listed above. It’s like your laptop device or mobile device that has gone haywire due to a virus attack. As a result of this, the climate changes, and everywhere gets warmer, including Antarctica. Extreme weather events also become more common, including the flooding of some areas.

Carbon is freely stored across the entire planet, ranging from plants, soil, the ocean, including me, and you (human beings). We continuously release this carbon into the atmosphere in carbon dioxide through daily activities such as burning fossil fuels (coal, oil, and gas) and cutting down trees. As a result of these human activities, today’s atmosphere contains 42 percent more carbon dioxide than before the industrial era.

What Has Been Done In The Past?

How Can AI Be Used To Leverage Climate Change? 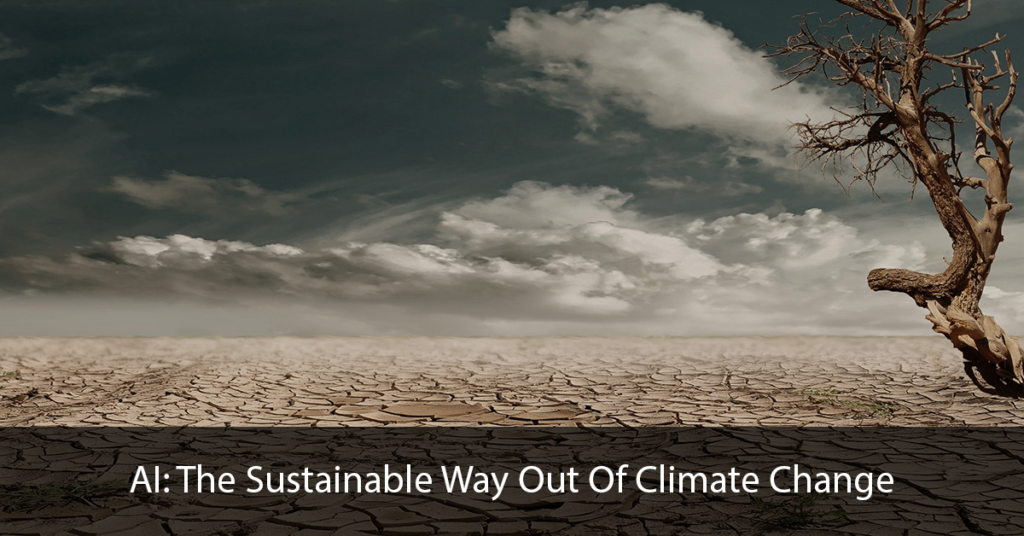 Artificial Intelligence: The Sustainable Way Out Of Climate Change

October 21, 2020
Nick Flewitt
General Interest
No Comments
Climate change affects billions of people globally. Its impact cuts across every region of the globe, ecosystem, and economies. These impacts will not only fall on future populations; climate change…
Read More