How AI and ML Are Maximized For Premium Benefits 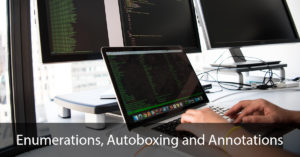 AI and ML are some of the smart techs used in creating intelligent systems. Both are commonly used as synonyms of each other and there’s a major correlation between both. However, each can be distinguished from the other as described below.

Artificial Intelligence can be described as intelligence which attempts to mimic human intelligence. As the name implies, “artificial”-Human-made, “Intelligence”- thinking power. AI is simply computer systems simulated with human intelligence with the primary aim of accomplishing tasks that typically require human intelligence. They have the ability to rationalize and make decisions. The goal of AI is to make a smart computer system like humans to solve complex problems. Patrick Winston, an American computer scientist, describes AI’s as “algorithms enabled by constraints, exposed by representations that support models targeted at loops that tie thinking, perception, and action together.”

It is interesting to note that with AI, rapid growth and transformation is taking place across the entire globe. AI has transformed the essential sectors in everyday life such as usage in Finance, health and the manufacturing sector.

Machine learning is a subfield of Artificial Intelligence which basically drafts data from historical records. It is basically used to extract knowledge from the data. The application of ML can be utilized to derive certain results. For instance, if we created a domain model to identify traffic lights, it will only filter traffic light images. It has been used for e-mail spam filters, online recommender systems, Google search algorithms, suggested friend auto-tagging on Facebook, image recognition software, etc. ML can be categorized into three types;

This is labelled data which is a data set that can be used as the basis of predicting other unlabelled data. Supervised data has two important techniques;

Classification technique on the other hand focuses on predicting a qualitative response by analysing data and recognising patterns. For instance, it can be used to identify if a credit card transaction is fraudulent.

This entails training machine learning models to make a sequence of decisions. Trial and error patterns are developed by the system to solve a problem.

This is a type of machine learning algorithm which makes deductions from datasets consisting of input data without necessarily having labelled response.

The Use of AI and Machine Learning to Maximise Output

As previously stated, AI is transforming everyday life, and its influence spans across several sectors. Highlighted below are some of its influences over particular areas:

Facebook relies on machine learning to make auto friend request suggestions, twitter utilises deep neural networks to learn what users preferences are. From such results, recommendations are made. Instagram uses AI to target advertising. The recent TikTok app has been a tremendous beneficiary of AI.

AI is currently being adopted in operation rooms to carry out complex operations. It has been utilised to carry out a review of CT scans which is tedious work. This saves time and errors which could emerge from errors traced to fatigue.

The use of AI to checkmate fraud in cases where irrational card usage can be spotted is commendable. AI has been adopted to make market predictions with accuracy. AI has been transformed to a point where trading can be done with bots.

Farm production and production of cars are being influenced by AI. It is interesting to note that the introduction of Auto self-driving cars have been said to be a blessing as AI can be used in reducing accidents. Sensors are implanted to detect motions and external objects thereby avoiding a collision. Some vehicle production companies now use data to predict when parts will fail and when it needs servicing. In agriculture, robots are used to indicate whether a plant is a pest. Also, automated farm implements are developed to plough and make accurate pinpoint sowing.

AI has been adopted in fighting fake products. With AI, customers can have a seamless experience shopping. Recommendations can be made with previously inputted data.

It can be concluded that AI and ML have made life seamless in almost every segment of life. This has made life easy as quick and timely decisions can be made while mishaps and accidents can be avoided using AI Predictions.