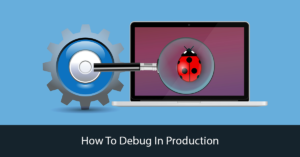 How to debug in production 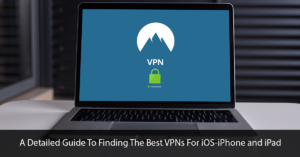 Multithreading and Multiprocessing: Selecting the right approach for your development

Why are multithreading and multiprocessing used?

Simultaneously executing programming tasks before now had always been daunting. But today, many programming languages support Multithreading and Multiprocessing, which aids concurrent execution of code.

Multithreading and Multiprocessing solve this problem by providing a technique whereby different tasks can be managed simultaneously from a central system. However, as progressive as these techniques are, they are not all-encompassing as they both have their limitations and advantages over each other.

Hence, it is critically necessary for you to know each of them’s limitations to aid your focus. Some of such critical areas include; The number of threads available when the code is running. Also, the duration and number of tasks that are being executed.  All these and many more will be addressed while accessing the multi-threading process and multi-processing. The previous article highlighted a high overview of what Multithreading and Multiprocessing are and how they help developers.

Multithreading is an operating system’s capacity to monitor its use by more than one user and handle multiple requests by the same user without running numerous copies of programming on the computer. As the name implies, Multithreading utilizes threads that are individual lines of codes or execution units in the computer system to execute multiple tasks concurrently. These threads share the resources of a single core or a core in a numerous core operating system, including the computing units, the CPU caches, and the translation lookaside buffer (TLB).

This concurrence cumulates into a system processing technique that is fast, reliable, and efficient. It achieves this in the following ways:

Resource Sharing: multithreading processes share resources via: ‘message passing’ and ‘shared memory.’ Most languages allow threads to share memory and resources of the process they belong to by default.

Economic: Multithreading is a time and energy-efficient technique in programming. The allocation of pooled memory and resources to different threads in the same process limits the time, space, and resources needed to execute a task.

Scalability: Multithreading increases parallelism as the threads can be distributed over a series of processors to scale, dividing the processes into smaller tasks.

Responsiveness: Multithreading provides better interaction with the user as it allows a program to continue running irrespective of whether a part of it is blocked or performing a lengthier operation.

As advantageous as the multithreading technique presents itself, it is not without its limitations. First, memory and resources are shared, affecting the threads’ safety as the concurrence can make the data from one into the other. Another issue to look out for is deadlocking. Here two threads wait to complete their operation, and this delay usually results in the program failing. For these situations, it is important to have tools in place (such as FusionReactor) to alert you to these situations.

Finally, it could result in a ‘race condition’ where two threads simultaneously access a shared variable. The first thread reads the variable, and the second thread reads the same value from the variable. There is Thread A for reading operation and Thread B for writing operation in word processing. They both attempt these operations simultaneously, and Thread B writes before Thread A could carry out the read operation, Thread A would fail to receive the file’s updated value in use.

This technique, also referred to as process forking, inherently alleviates these problems that Multithreading poses as a computer can use two or more processors for operations.  Unlike Multithreading, Multiprocessing utilizes a particular program for each task, thereby using more memory and resources. It shares the processes and resources dynamically among the processors in a CPU.

This fact comparatively gives Multiprocessing an advantage as there can be no data corruption, deadlocking, or race condition. For clarity, the benefits of Multiprocessing are, but not limited to:

Definitions of Multithreading and Multiprocessing

A multiprocessing system has more than two processors, whereas Multithreading is a program execution technique that allows a single process to have multiple code segments.

There is a bit of leeway to both multithreading and multiprocessing, in the two cases, they can be utilized to improve the performance and quality of applications. There are numerous considerations to deciding what is the best choice for the application. Ultimately there is no better way, each approach has preferences and difficulties and will rely upon the workload of the application deciding which approach is ideal.

FusionReactor is an APM and observability platform. FusionReactor allows developers to quickly find performance issues and exceptions in their code. This tool is available for monitoring monolithic servers or distributed servers and has on-prem and SaaS license options.