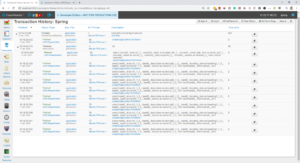 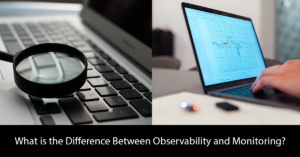 What is the Difference Between Observability and Monitoring

What is Observability: What Every Developer Should Know

The ability to always know what a system does goes beyond trying to figure out if a particular functionality is operational or not. Having observability will enable you to determine what specific functions are being carried out by the software, pinpoint potential bottlenecks, and search for solutions to these impediments.

As a substitute to monitoring – which merges a collection of metrics and logs about a system that informs whether a system works or not, it is almost impossible to practice monitoring before observability in every complex system.

Understanding a system’s internal workings has never been easier without a proper observation of what occurs within that system. It is a good practice for a development team to cultivate the habit of inspecting systems, behavior, and workloads – at every step of the development process.

This article aims to elaborate on what observability is and highlight unique things every developer should know about observability.

Observability is more than just a software development paradigm, but a tradition – given, large-scale systems and software development companies always make provisions for an in-house observability team. While in other cases, these organizations would have to employ a third-party Quality Assurance (QA) expert to analyze and provide professional documentation regarding the system’s operability.

What is Observability: More than just a Need-To-Know for Every Developer.

Given the increasing complexities in modern-day applications and the brisk pace of deploying these apps, it is pertinent for every developer to familiarize themselves with observability. Observability becomes more than just a need-to-know for development teams that aims to expand their operational horizon.

To get a better insight into whether the developed system functions in the same tune with the proposed system, they need to ascertain in-depth visibility inside their overall architecture – including the in-built applications and third-party apps. This mechanism greatly increases user experience and satisfaction in the long run.

This native capability in the premise of observability makes visibility easiest, just as it enables more time for the development team to effect strategic changes and introduces all-around success of Site Reliability Engineering (SRE). Hence the need for developers to acquaint themselves with basic knowledge of the observability technique. There is a separation of concern between developers that release codes and the code maintenance team that oversee the infrastructure affected by that code. This procedural approach alleviates some of the workloads on developers that are involved in the development process.

Such Application Performance Monitoring software like FusionReactor provides a deep dive observability functionality. By this, FusionReactor can seamlessly resolve issues in your stack more speedily and effectively.

Just as software infrastructures and systems continue to expand into greater horizons, the need for a fully observable system has to be established. The idea of instrumentation systems and applications to collect metrics and logs not only aid teams in writing better codes and deploys more stable software with even better experiences to prospective customers. Product managers need to have a thorough understanding of a system’s behavior and health to ascertain whether the system performs as instructed. If not, how else can the performance issues be fixed? Since software, systems, infrastructures, and applications are constantly evolving. As the propensity of these systems’ failure increases by the numbers, a well-established observability structure must be in place to bridge the gap in production.