How to Understand and Interpret Java Stack Traces to Debug Problems 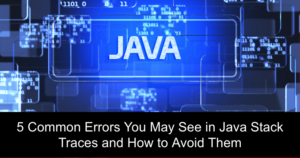 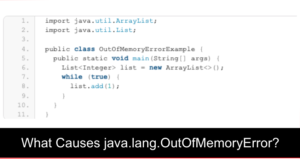 How to Understand and Interpret Java Stack Traces to Debug Problems

Java stack traces are a valuable tool for debugging problems in your Java application. They provide a report of the sequence of method calls that led to an error, starting with the method that caused the error and going back to the initial method call. This article will discuss how to understand and interpret Java stack traces to help you troubleshoot and fix problems in your application.

What is a Java Stack Trace?

The stack is an important part of the Java runtime environment, it is used to store local variables and method calls for each thread in an application.  If you understand how the stack works and how to interpret a stack trace, you can often pinpoint problems in your Java application.

A stack trace is made up of a list of stack frames. The collection of these frames (which make up the stack trace) represents a moment in time during an application’s execution. A stack frame contains information about a method or function that your application called.

A Java stack trace is a snapshot of the current state of the stack for a thread in a Java application. It can be used to identify the source of an error or other issue in the application.  Whenever an error is thrown, the stack will comprise of a collection of function calls that lead up to the call that caused the error.  This is based on the LIFO (Last In, First Out) behavior of the stack.

Using a debugger can be helpful in understanding the stack (which is built into FusionReactor). It can also help to write log messages to track the state of the stack at different points in the application.   FusionReactor will automatically capture the complete stack trace, together with references to the underlying code and variable scope context for each variable on the stack.

What sort of errors can be identified via a stack trace?

This can help you identify issues such as:

By understanding the stack and how it works, you can often pinpoint problems in your Java application and take steps to resolve them.

The screenshot below shows what a stack trace looks like as it’s rendered in FusionReactor.   Classes and methods are clickable and will cause a class or method to be automatically decompiled if you have given permission to do so.

How to interpret and understand a stack trace

To interpret and understand a stack trace just follow these steps:

Using FusionReactor to automatically display the stack and scope variables

Whenever an exception occurs, FusionReactor will automatically capture these events in what we call Event Snapshots.  These are intended to provide deep level insight whenever a problem, such as an exception or thread latency occurs.  Snapshots are triggered automatically and will allow you to see source code, scope variables, stack trace and logging information at the point in the code that the problem occurs; providing everything you need to isolate the issue as quickly and efficiently as possible.   The image below, provides an example of an Event Snapshot stack trace, code rendering and variable scope information. 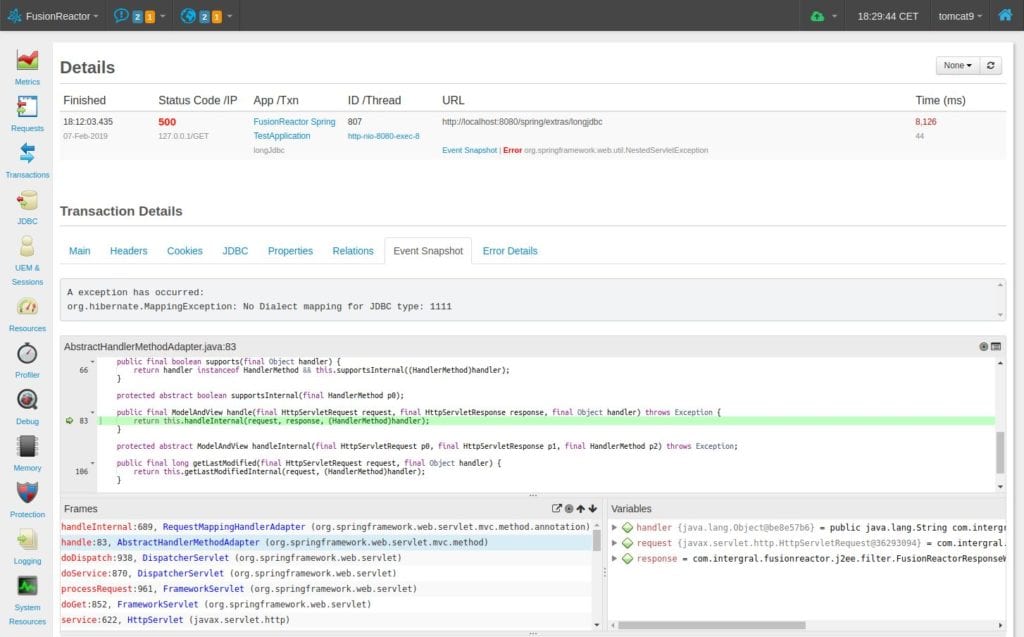 In conclusion, Java stack traces are a valuable tool for debugging problems in your Java application. By understanding and interpreting the stack trace, you can quickly locate the source of the error and fix the problem. It’s essential to start by looking at the top of the stack trace, where the exception occurred, and then check the method calls that led to the exception and the initial call. Remember that stack trace can be truncated, so it’s important to use the -XX:-OmitStackTraceInFastThrow flag to get the complete stack trace. Following these steps, you can quickly troubleshoot and fix problems in your Java application, resulting in a more stable and efficient one.