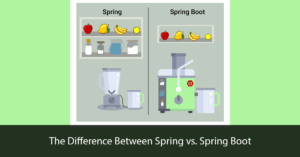 The Difference Between Spring Framework vs. Spring Boot 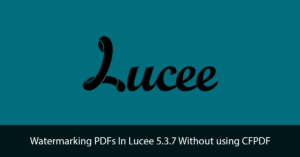 By Michaela Light, CEO of TeraTech

In this article, we will look at 4 reasons why load test ColdFusion Apps. You will learn:

Why do you need to load test?

How to Easily Load Test and Make it a Routine

The Long-term Benefits of Load Testing

If you don’t plan ahead with load testing when too many users hit your newborn app at the same time, then it can become very slow or even crash your CF server. Leading to upset users, lost revenue for your company, and serious egg on the faces of everyone in your IT department.

In performance tuning circles, we call it “The Wall”. It’s hard to see it coming. But you’ll know when you’ve hit it.

“The Wall, in web applications, is that perfect storm of occurrences that suddenly, and within seconds, brings a web application to its knees. It is almost always caused by one thing: a stacking up of all available ColdFusion application threads. Which to be fair, is preceded, rather quickly, with a slow down in performance.

There can be many reasons, a successful marketing campaign, a major event, an unexpectedly successful launch. Whatever the cause, it is possible to architect and build infrastructure that can cope with any load” – my colleague Mike Brunt (CF performance expert) says.

It’s a wall similar to the one faced by marathon runners. It’s when your body decides to call it quits and all systems fall apart.

Fortunately, you can avoid The Wall with load testing. Done properly, it can save you and your company a lot of time, money, and frazzled nerves. Let’s look in more detail at why you should load test.

Why Do You Need To Load Test ColdFusion Apps?

No ColdFusion team wants their new app to crash after launch. But sometimes under pressure, or due to lack of knowledge, you launch it too soon. Before it has been stress-tested under real load conditions.

There are a few nasty side-effects of poorly-planned app launches that lead to crashes. This is typically caused by a sudden influx of traffic or users, spiking demand at times when resources are limited. It can bring your web app crashing down. It happens when you are stacking up all available application threads that collapse under their own weight.

With proper load testing, you can discover your app’s weak points before the curtain opens on your launch to a live audience. With the right set up, you can enjoy pushing your app and server architecture to the limit, breaking them, and then fixing the resulting mess. All in a consequence-free setting. Makes me feel like a kid again!

Load testing your code and app is the most effective, least costly way to expose any weaknesses or mistakes in your work.

Start with a load testing tool such as the free open-source Apache JMeter. It lets you write and playback user scripts that simulate real users running your app. You can include userIDs/passwords or other user data from data files to make the simulated users more realistic. And include random “thinking time”, just as humans delay between clicks or form submits.

As you progress in load testing, you can consider the many paid load testing tools which add more features, with prices ranging from $100 to $100,000.

Write a testing script that mimics real users interacting with your web app.
Make sure the “users” are as active and numerous as real-world users would be. They should be clicking, updating, refreshing, downloading, and generally frantically chewing over every inch of your app.

Turn up the load of simulated users through 3 levels:

Note you should have fixed all regular bugs before you start load testing. I wrote about Testing and automated testing to help with that.

3. Assess The Results Of The Test

Now that your digital army of simulated users has done a great job of slowing down or crashing your app, you can get to work in analyzing why it happened.

Load issues are usually caused by a combination of factors:

You can learn more about fixing issues in this podcast interview I did with CF scaling expert Mike Collins.

I use a performance monitoring tool such as FusionReactor during load tests to make tracking down the cause of problems easier.

4. Rinse and Repeat Your Tests and Fixes

Keep load testing your app until:

Load testing remains one of the more overlooked aspects of CF development. Many treat it as an afterthought. But it’s an early decision that could have long-term ramifications for the success of your web app, as well as the financial health of your company. Load test properly, or it could cost you big time. In the worst case, it can cause a company to go out of business.

Run tests that push the limits of your web apps and servers. This stress test will show your app’s breaking point, which will help you spot trouble ahead of time.

Be optimistic! Load testing is a part of coding where not planning for failure leads to ultimate failure after launch.

Michaela Light is the host of the CF Alive Podcast and has interviewed more than 100 ColdFusion experts. In each interview, she asks “What Would It Take to make CF more alive this year?” The answers still inspire her to continue to write and interview new speakers. Michaela has been programming in ColdFusion for more than 25 years. She founded TeraTech in 1989. The company specializes in ColdFusion maintenance, application development, security, and optimization. She has also founded the CFUnited Conference and runs the annual State of the CF Union Survey.