All You Need To Know About Cyberpunk 2077 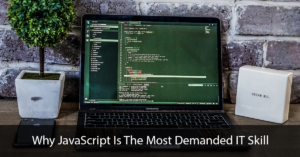 Why JavaScript is The Most Demanded IT Skill 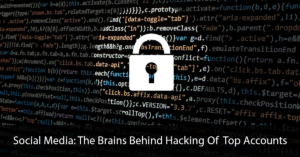 Social Media: The Brains Behind Hacking Of Top Accounts

Cyberpunk 2077 is an exciting upcoming video game starring Keanu Reeves, staged in an open-world, with loads of adventure and action. It is set in Night City, a megalopolis obsessed with power, glamour, and body modification. In the game created by CD Projekt Red, you are expected to assume the role of ‘V’. A mercenary outlaw equipped with cybernetic enhancements, going after one-of-a-kind implant that is the key to immortality. As ‘V,’ you’re given the task from Fixer, Dexter DeShawn, to take an expensive spider bot drone, by any means necessary. The bot turns out to be part of a haul stolen from Militech by the Maelstrom gang. The mission sees you play off both groups either peacefully or in a more hostile manner.

The official Cyberpunk 2077 release date is scheduled for November 19, 2020, so there’s limited time to wait!

Let’s Explore What The Cyberpunk 2077 Has To Offer

To enhance its outlook, Cyberpunk added many people to the game, from clubs to hallways and alleyways, there are people everywhere. While playing, you’ll be frequently pushed by people to get to places. People with different features, including height, color, tattooed, punked, and augmented bodies characterize Cyberpunk 2077. There is also a list of hairstyles to choose from, as well as implants such as metal balls under the skin. All kinds of futuristic metal facial adornments are available to create a range of exotic spectacles. These people bring in life and energy into what would have been otherwise termed a real world.

Cyberpunk 2077 stands out for its incredible gaming detail, so watch out for its interactive and immersive dialogue scenes. Instead of being forced to watch your avatar standstill from one angle during dialogue scenes, Cyberpunk 2077 will allow you to visualize your entire surroundings in a 360° view. The landscape features towering neon skyscrapers and a focus on vertical movement rather than wide-open plains.

The game’s developers have also recently collaborated with Nvidia as an official technology partner to introduce a rendering technique called “ray tracing,”. This will help create realistic light effects within the game. Head of Project, CD Projekt Red explains, “with ray tracing, we can add another layer of depth and verticality to the already impressive megacity the game takes place in.”

Set in Night City, in the Free State of California, Cyberpunk 2077 has numerous branching storylines. The entire story structure of Cyberpunk 2077 has been what Sasko calls a “wheat spike. This serves as its center, the main storyline with different subplots surrounding it, which can be triggered in various ways.”

These subplots allow us to do something new – they change the main plot of the game and are doing that in a way where you may not even finish the main plot. But it still allows you to finish the game and get a completely different epilogue than the player. What else could have been more intriguing than making decisions which determine the direction of your players’ life?

BrainDance is an immersive feature that gives you a VR-like experience that your character can take full advantage of. The feature provides a “keyhole into the lives of Night City residents,”. This allows you to see the experiences of others as though watching a movie. With the ability to rewind, fast-forward, and even analyze the scenes, it makes it possible to gather clues and provides a better understanding of the lives of the city’s residents.

You can listen to some music GTA-style while cruising about in your vehicle.

This extreme, action-packed, dystopian world game with detailed graphics is set to launch this November. It has everything you could want in a game and will also be equally available on your PC!

Although consoles are targeted as first-class platforms, Cyberpunk gives room for low-end hardware users with its custom engine – the RED engine. If you spent $2,000 building your PC rig, it’s going to look better with extraordinary graphics. Nvidia has also announced it will support Cyberpunk 2077 on its GeForce Now streaming platform when the game launches.

For those who can’t stretch for a brand-new expensive gaming PC, but would like to enjoy the game’s promised ray-traced visuals, they will be able to play it with RTX On.

Cyberpunk 2077 will also be backward compatible with both next-gen consoles. This means your PS4 copy of the game will work on PS5 on launch day. Also, anyone who buys the game on Xbox One will be able to play their copy on Xbox Series X when this launches.

So, what are you waiting for? Preorder now!