PS4 and PS5: What Are The Distinguishing Factors? 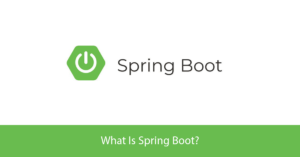 What Is Spring Boot? 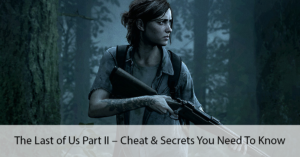 Ever wondered what could be the distinguishing factor between PS4 and PS5? Since the announcement of PS4 in 2013, it has favorably dragged the game of thrones with the Microsoft Xbox one and has gone ahead to be ranked highest in the Sony top global console sales.

The PlayStation 4 video game console by Sony Computer Entertainment was produced with loads of impressive features for a unique gaming experience. In this article, we will try to compare the PS4 with the latest PS5.

The HDR-enabled PS4 games come in arrays of color, and clarity on HDR TVs; delivering a vibrant, realistic spectrum of colors, contrast, and unique gaming experience. With an HDR-enabled TV, this setting on your PS4 will provide a broader color spectrum closer to what the human eye can detect.

PS4 is set up with a DUALSHOCK 4 wireless controller. With this controller, it can perform a range of functions which includes but not limited to;

All these and other features set PS4 apart.

The price of a console could greatly determine what to choose. The PS4 Pro sales price stood at £299 in the Black Friday PS4 sales and is highly likely to be the cheaper option between both consoles. Its price will tumble even more once its big brother is released later this year.

However, as we anticipate the formal launching of PS5. What has changed, and what should we expect?

With the PS5 set to be launched during the 2020 holiday season, here are some features expected, that could make a whole difference.

The PS5 has a clear advantage when it comes to Virtual Reality gaming, a newly expanding technology, and one set to take over the gaming world. If you’ve ever used a VR headset, the electrifying feeling of stepping inside a game is mind-blowing, and this is set to happen with PS5. It gives a new immersive and real gaming experience. This will turn around the future of gaming.

The controller is about one of the essential factors in deciding the Console to settle for. This is because it’s one part touched most often. Although the PS5 controller looks very similar to the PS4 controller, there are many optimized features. The DualSense controller was announced in April as a significant step up from the PS4’s DualShock 4.

Game designer and developer of ‘Thomas was alone’, Bithell, lends his opinion that, “ the demo’s he has seen of the DualSense controller pertain explicitly to the haptic feedback felt by raindrops, implying that the device will allow users to feel when it is raining.” Similarly, it could render the exposure to other weather-related events and connect the feedback to the sound effects, giving players a completely revolutionized gaming experience. Another striking feature of the new controller is the ‘create’ button as opposed to the share button on the PS4. With the Create button, you can easily share and create content.

Another stunning feature of the PS5’s controller is the incorporation of a built-in microphone. This will let gamers talk to each other online with more ease and without the need to use headphones that include a microphone.

With wide speculation, the PS5 is estimated at $499 about £380 and AUS$745. Although Sony claims it does not know the price of the PS5, in a recent interview with Sony’s Jim Ryan, he addressed the speculation around the PS5 cost. He didn’t reveal the price, but Ryan did suggest the PS5 price could hit gamers’ savings.

In all, the PS5 controller could be one exclusive selling point of the PS5 Console over other video gaming consoles—a paradigm shift from the PS4 DualShock 4.