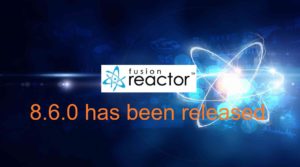 With ColdFusion being one of the most powerful and robust Java development platforms for web application development, it does not automatically eliminate the presence of certain parameters that could lead to a performance issue on a ColdFusion server.

You’ll find out more about the ColdFusion performance issues and troubleshooting in the other part of this article.

ColdFusion is a commercial Java-based web application development Server introduced in 1995. The original intent for creating the ColdFusion Java computing platform was to connect basic HTML webpages to a database or server easily.

Within a year, the beta version (II) was launched as a complete platform. With the inclusion of an in-house IDE (Integrated Development Environment) and scripting language known as ColdFusion Markup Language (CFML).

ColdFusion is also used for data-driven intranets, websites, and web applications. It fits a server-side technology to client-side ajax – since ColdFusion handles asynchronous events. Things such as SMS and instant messaging through the gateway interface is made accessible in the Macromedia ColdFusion MX 7 Enterprise Edition.

Issues related to performance are one of the biggest snags encountered during the design and implementation of web applications. Problems such as website crashes, CPU hikes, delay in process thread, Memory leaks, Error 503, Network Latency, etc., cause both short and long-term revenue loss.

Failure to perform load and performance tests could result in the inefficient running of the ColdFusion platform to quickly detect the impact on the existing CPU utilization. Some of the major causes of CPU spikes are;

Out of Memory Issues

The frequency of CPU spikes can be tracked in the ColdFusion logs for OutOfMemory entries. Two basic scenarios could result in such surges. The OutofMemory issues occur when the Garbage collector cannot claim memory – due to persistent reference to stale objects or on the CPU thread.

To limit the frequency or delay of the garbage collection process, adequate monitoring and tuning of the Metaspace are essential.

All of the logs generated by ColdFusion – Application logs, Exception logs, and error logs, help the platform identify slow queries, when a query times out or not, and then fixes them. If a ColdFusion server is running slow or when a query execution is taking too long, this signals a problem with either the Application or code. At which point, high rates of website desertion become imminent. Reduced user engagements can result in an increased loss in revenue, hence, affecting your bottom-line. Slow applications may be due to a variety of issues in your application codebase and how the servers were being configured.

ColdFusion terminates all connections after such timeouts. It then recycles the cache for idle or unresolved connections – these idle connections would be reused when required.

Network latency amounts when the application codebase is located in a shared drive within the ColdFusion environment. Most servers crash and slow request processes are also affected by network latency. As a rule of thumb, it is always recommended to check your local network throughout. Querying a ColdFusion database may be impeded by a variety of factors. Unavailable service errors are one of them.

To speed up the processing of your ColdFusion Markup – CFM, pages on a network or shared location, add the following commands to the JVM config:

Note: The default timeout is 30 seconds.

The above instruction activates the dedicated cache that stores the established path to the file. This maneuver comes in handy in the events that there are lots of threads awaiting the attention of WinNTFileSystem – to be allocated a path. While trying to gain access to files from a shared network server, every “getCanonicalPath” command is redirected to the network. Making them all an expensive task to handle. Therefore, enabling the canonical cache establishes a simple fact; for the same file, the JVM does not need to go back to the disk to find its path. Since it already exists in the cache.

The Linux number generation often exerts a toll on the CPU on most Unix platforms. One contributing factor to the random generation and server startups being slow is that the “/dev/random” command. This is used on Unix platforms to generate a number randomly.

To eliminate performance issues due to random number generation, you can add the following code to the config:

For detailed information and real-time tracking of out of memory errors or memory leaks, you can perform a heap dump analysis. Do this by adding the following JVM arguments in the JVM config to obtain the heap dump: –

You can run the below commands directly from the ‘\jdk\bin’ directory – if you have JDK installed: jmap -dump:format=b,file=dump.hprof, given that, PID is the ColdFusion process id.

Other performance-related issues like GC or OutofMemory exceptions, deadlock, hang IO calls, infinite loop, etc., can all be tracked using the thread dumps.

If you run the ColdFusion update 12 (2016 release), use the takethreaddump.cfm file to monitor the thread dump. Also, if the performance is in any way affected by XML parsing, then the following JVM argument can fix it:

Whether it is a ColdFusion Emergency – CF, crashing server, or a slow CF application, professional server monitoring & tuning software suites like FusionReactor offers a streamlined approach. Designed to foster quicker resolutions of ColdFusion performance array of Servers & Application related problems. FusionReactor is the major distributor of ColdFusion results. Reporting information that comes in handy during the isolation of specific and related issues. Also, you can use the FusionReactor Memory profiler to help spot memory leaks, and review heap dumps.